Whether you have been living with symptoms for some time, or have been diagnosed with dementia, without warning, finding out you or your loved one has dementia can be a worrying time.

It can be reassuring to remind yourself that you are not alone. There are over 10 million new cases of dementia each year worldwide. Research studies in 2015 showed that dementia affected around 46 million people all over the world and this number is predicted to rise by 115.4 million by 2050.

It is also important to understand what stage and level of dementia you have been diagnosed with as it ranges from mild, where it may result in occasional memory loss, to very severe, where it affects mental capacity.

Dementia is a neurological disorder that affects the brain and mental cognitive functions, including memory and reasoning. It is a syndrome, or a group of conditions, that is characterised by neurodegeneration and irreversible damage, and the death of brain neurons. Dementia is a group of symptoms that includes memory loss, difficulty in a programming language, withdrawal from work or social activities, and the loss of practical abilities.

People tend to develop dementia at an older age because dementia occurs when brain cells are damaged. Progressive conditions, like Huntington’s, Alzheimer’s, and Parkinson’s, are all a result of dementia.

While Parkinson's accounts for about 2% of all dementia cases in the UK, Alzheimer’s - which is a progressive disease of the brain that slowly leads to the deterioration of memory and cognitive function - is one of the most common forms of dementia and is continuously on the rise throughout the world. Alzheimer’s makes up about 50-70% of all cases of dementia in the UK at the moment and worldwide statistics on Alzheimer's state that at least 50 million people are currently living with this neurodegenerative disorder across the globe.

What are the causes and risks associated with Dementia?

While the exact cause of dementia is unknown, some possible risk factors associated with this disorder include:

What are the symptoms of dementia and Alzheimer’s?

It can be difficult to decipher the difference between dementia and Alzheimer's based on their symptoms, as they can be overlapping. Symptoms like a decline in the ability to think, impairment of memory, and the inability to decode information are the same in both cases.

The most notable symptoms of Alzheimer’s disease include difficulty remembering, apathy, impaired judgment, difficulty, swallowing, walking, depression, confusion, and disorientation which may occur in the advanced stages.

Research has shown that improving the quality of life of dementia patients can increase their life span and halve the number of deaths, saving about 30,000 lives a year.

Caring for someone with dementia requires a skillset consisting primarily of empathy and patience. While it can be challenging to look after someone with dementia, many personal care assistants (PAs) tell of how rewarding a role it also is - when the fit is right. To help effectively and to do a good job, it is important for the personal care assistant to be well versed with the condition of the patient, because there will be day-to-day challenges in the role, including, for instance, the following:

These reactions from the person with dementia can make it sometimes difficult to find a carer and / or to have a paid-for carer remain in the role of looking after that person.

It can help if the PA is trained and given information to help them perform well in their role. Alzheimer ’s International has published a piece of brief advice for any personal care assistant or domiciliary care assistant to better understand patients suffering from neurodegenerative disorders, advising them on how to ensure they treat patients with dignity and respect at all times. The key outtakes are summarised below:

Personal care assistants can support dementia or Alzheimer's sufferers to have a good and full life, which is independent and enjoyable, helping them to live longer and happier, e.g. by keep things on track and encouraging and improving social interactions.

If you or a loved one are in need of a carer, you can easily find somebody right for you by looking into self-help tools like UKCIL which is designed to make it easier for you to find, meet and hire personal care assistants. We also point you in the right direction for training your chosen PA further.

Subscribe to UKCIL - The fastest growing PA site in the UK

Get the latest posts delivered right to your inbox

If you have a parent, grandparent or partner who is aging, then it’s important for you to ensure their home is as safe as possible for them to live 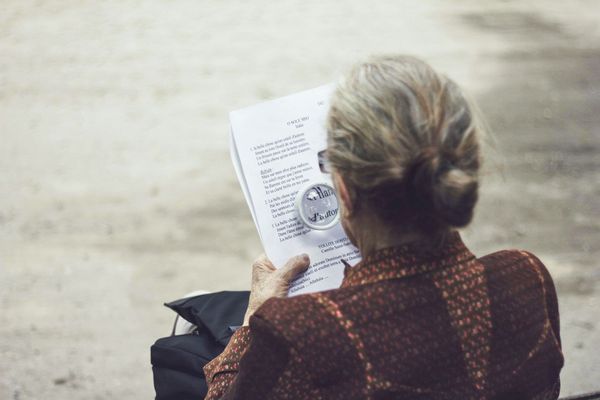 The Good Work Plan, legislation that is effective from 6th April 2020, allows all employees and workers with varying hours and shift patterns (including agency and zero-hours workers) to formally

You've successfully subscribed to UKCIL - The fastest growing PA site in the UK!

Subscribe to UKCIL - The fastest growing PA site in the UK

Stay up to date! Get all the latest & greatest posts delivered straight to your inbox